How Manganese Can Improve Your Health

Manganese is an essential trace mineral present in a variety of foods and dietary supplements. It's the 5th most abundant naturally occurring mineral in the Earth's crust and almost all life forms require it to function properly.

It's important because it's a cofactor for enzymes like manganese superoxide dismutase, arginase, and pyruvate carboxylase [2]. Through these enzymes, it's involved in bone formation, blood clotting, inflammation reduction, immune response, and the metabolism of carbohydrates, amino acids, and cholesterol.

Since the human body doesn't make manganese on its own, we need to intake small amounts of it through our diet. The body can store extra manganese in the liver, pancreas, bones, kidneys, and brain for later use. 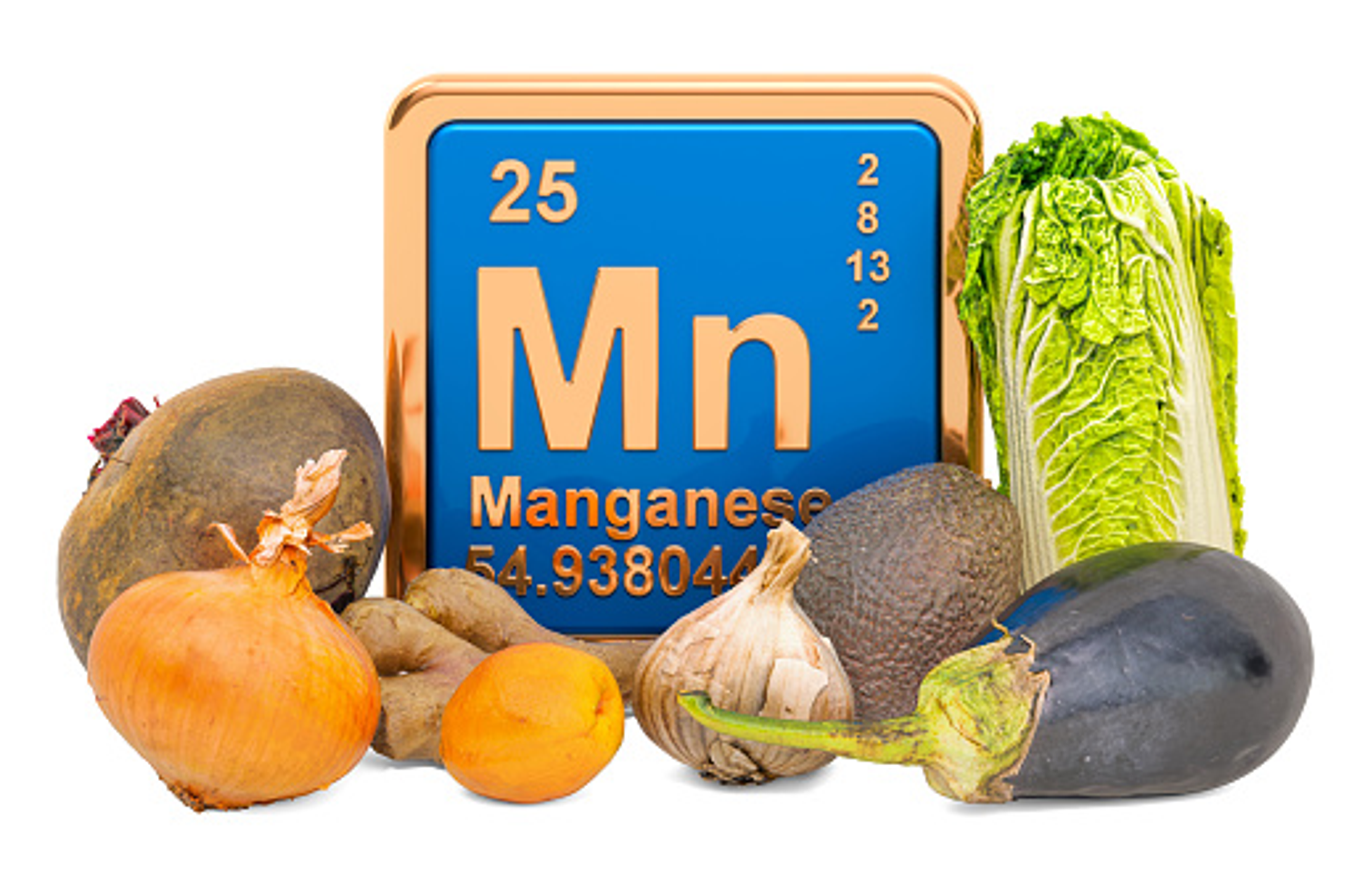 Manganese is a co-factor for glycosyltransferase enzymes, which are enzymes involved in bone formation.

There are many other studies showing supplementing with a combination of vitamin D, calcium, and trace minerals copper, zinc, and manganese may improve bone mass, overall bone health and help prevent spinal bone loss.

However, other studies show supplementing with just vitamin D and calcium has similar effects. Consistent findings of the association between circulating manganese and bone mineral density/osteoporosis are required to further back up these claims. 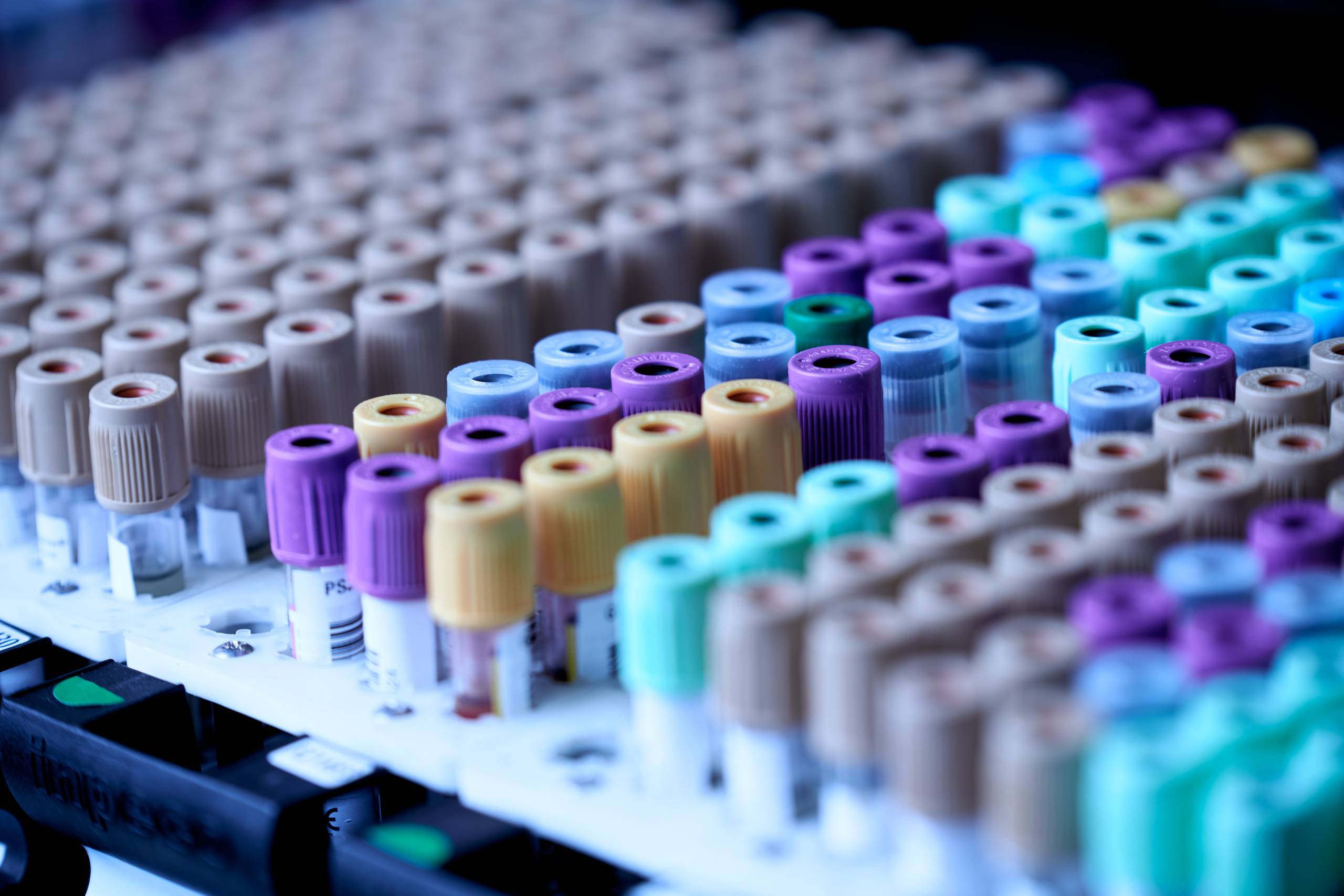 Manganese and vitamin K aid the formation of blood clots. Forming a blood clot is the first step to healing an injury. If proper clotting doesn't occur, blood loss or abnormally large bruising may occur. Manganese is important in the blood clotting process and later on in the wound healing process by increasing collagen synthesis.

When a wound is repairing itself, increased amounts of collagen are required. Manganese activates prolidase, an enzyme that provides the amino acid proline for collagen formation [3]. Prolidase deficiency, a genetic disorder that leads to abnormal wound healing, is caused by abnormal manganese metabolism.

Thus, manganese is essential for healthy wound healing in both clotting and tissue repair aspects.

Manganese is involved in glucose, carbohydrate, lipid, and amino acid metabolism. It activates enzymes responsible for breaking down macronutrients into compounds our bodies use.

It also helps the body use vitamins C, vitamin E, choline, and thiamine. 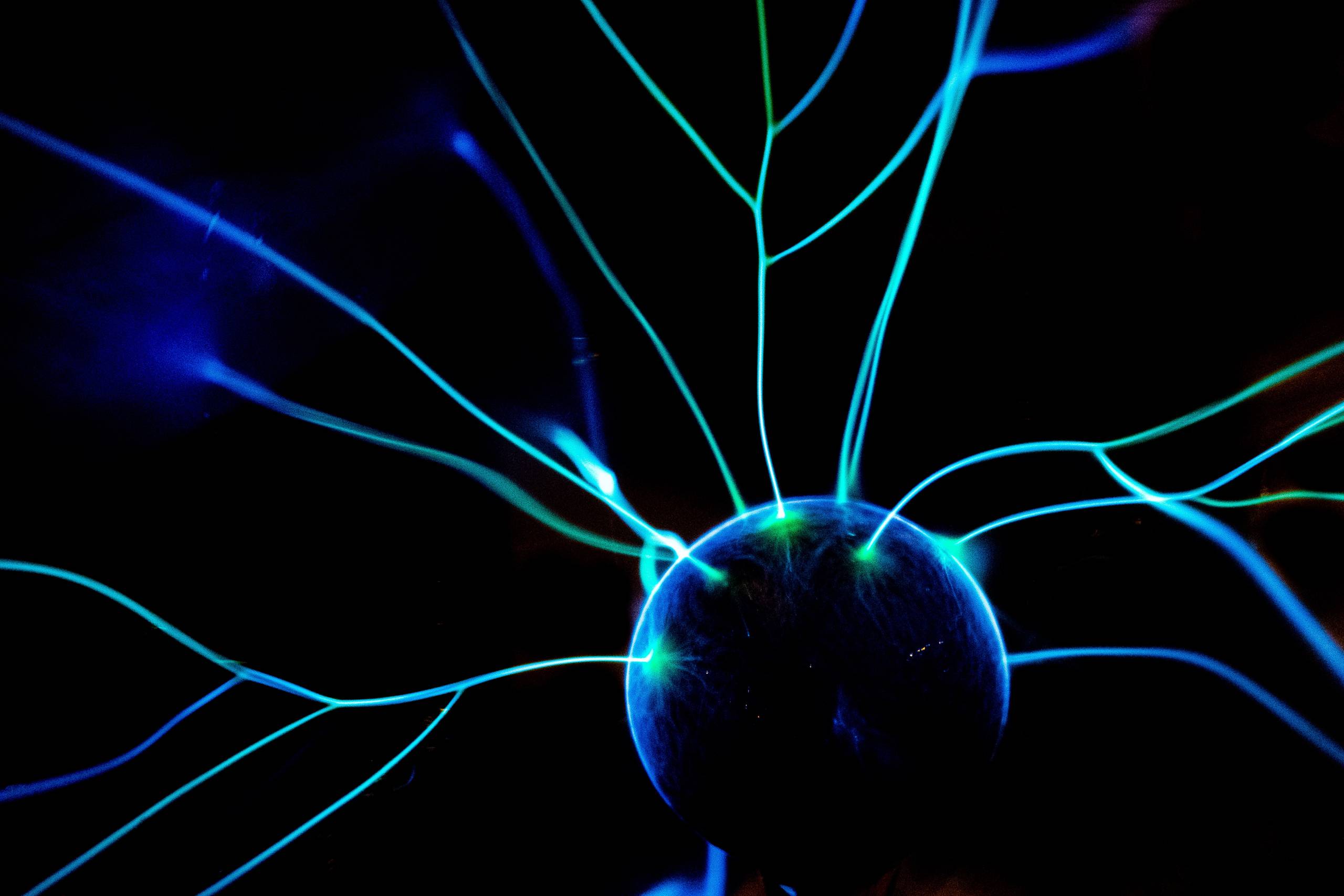 In the brain, there is a manganese-activated enzyme called glutamine synthetase. This enzyme converts the amino acid glutamate into glutamine, which is then used for energy production and protein synthesis.

Glutamate, a neurotransmitter involved in memory and learning, is also a precursor to another neurotransmitter, GABA. GABA controls impulses between nerve cells and is associated with fear, anxiety, and stress management.

Without manganese, the cascade of reactions that converts glutamate into glutamine and GABA is affected.

During amino acid metabolism, ammonia is produced as an unwanted byproduct. Arginase, another manganese-containing enzyme, is used by the liver to detoxify this ammonia.

Since manganese is associated with carbohydrate metabolism, it may be involved in the glucose intolerance observed in diabetes mellitus patients. Studies have shown strong correlations between diabetes and too much manganese. However, it's unknown if diabetes causes manganese levels to drop or if low manganese contributes to diabetes.

Manganese is also involved in insulin production in the pancreas. Insulin is responsible for regulating blood sugar by removing sugar from the blood.

Studies have found that "dietary manganese deficiency can result in impaired insulin secretion producing impaired carbohydrate metabolism" [4]. This may mean without adequate manganese, not enough insulin is released into the bloodstream which causes dysfunctional glucose uptake.

Manganese superoxide dismutase (MnSOD) is a strong antioxidant enzyme in the mitochondria.

The manganese superoxide dismutase starts the conversion of superoxide radicals, dangerous free radicals that cause oxidative stress, into hydrogen peroxide, which are then reduced to water by other antioxidant enzymes.

Thus, manganese is important in reducing cellular damage caused by oxidative stress, especially in the mitochondria.

People with arthritis usually have lower levels of SOD, or superoxide dismutase, the antioxidant that helps protect the joints from damage during inflammation.

Some studies have shown manganese increases superoxide dismutase levels, which is why is may be helpful in treating arthritis. However, there is no proof that it specifically targets arthritis.

Clinical studies involving patients with rheumatoid and osteoarthritis suggest that manganese taken along with glucosamine and chondroitin can reduce pain [5].

A older study showed patients with epilepsy had lower blood manganese concentrations than patients without epilepsy. Deficiencies in magnesium, zinc, and copper were also noted.

One study found blood manganese concentrations of individuals with epilepsy of unknown origin were lower than those of individuals whose epilepsy was induced by trauma or disease, suggesting a possible genetic relationship between epilepsy and abnormal manganese metabolism.

Too much manganese is most likely not the cause of epilepsy in humans, but the relationship between manganese metabolism and epilepsy should be researched further [3].

Recent epidemiological and animal studies have shown that manganese increases the immune response in the human body. Manganese appears to increase the inflammatory response of the immune system, affect T-cell signaling, which can lead to the elimination of pathogens.

All of these actions strengthen the response of the immune system and boosts the bodies' defense against infection.

A manganese deficiency is rare.

When it occurs though, it can cause serious problems. In experimental animal studies, dietary manganese deficiency leads to "biochemical and structural" abnormalities like lowered glucose tolerance, impaired carbohydrate and fat metabolism, impaired oxidant defense, fertility problems, and issues with growth factor metabolism [1].

Manganese toxicity is more common than a deficiency.

This toxicity condition is known as manganism and is the result of very high amounts of manganese being consumed, either from inhalation (in jobs like welding or mining) or with too high of supplementation.

Due to this, it's important to consult with health professionals before adding a supplement to your diet and/or to get a blood test done to figure out what vitamins and minerals your body needs.

There adequate intake level for manganese is 2.3 mg/day for male adults and 1.8 mg/day for female adults. The tolerable upper intake level, or the highest level you can safely consume, is 11 mg/day. 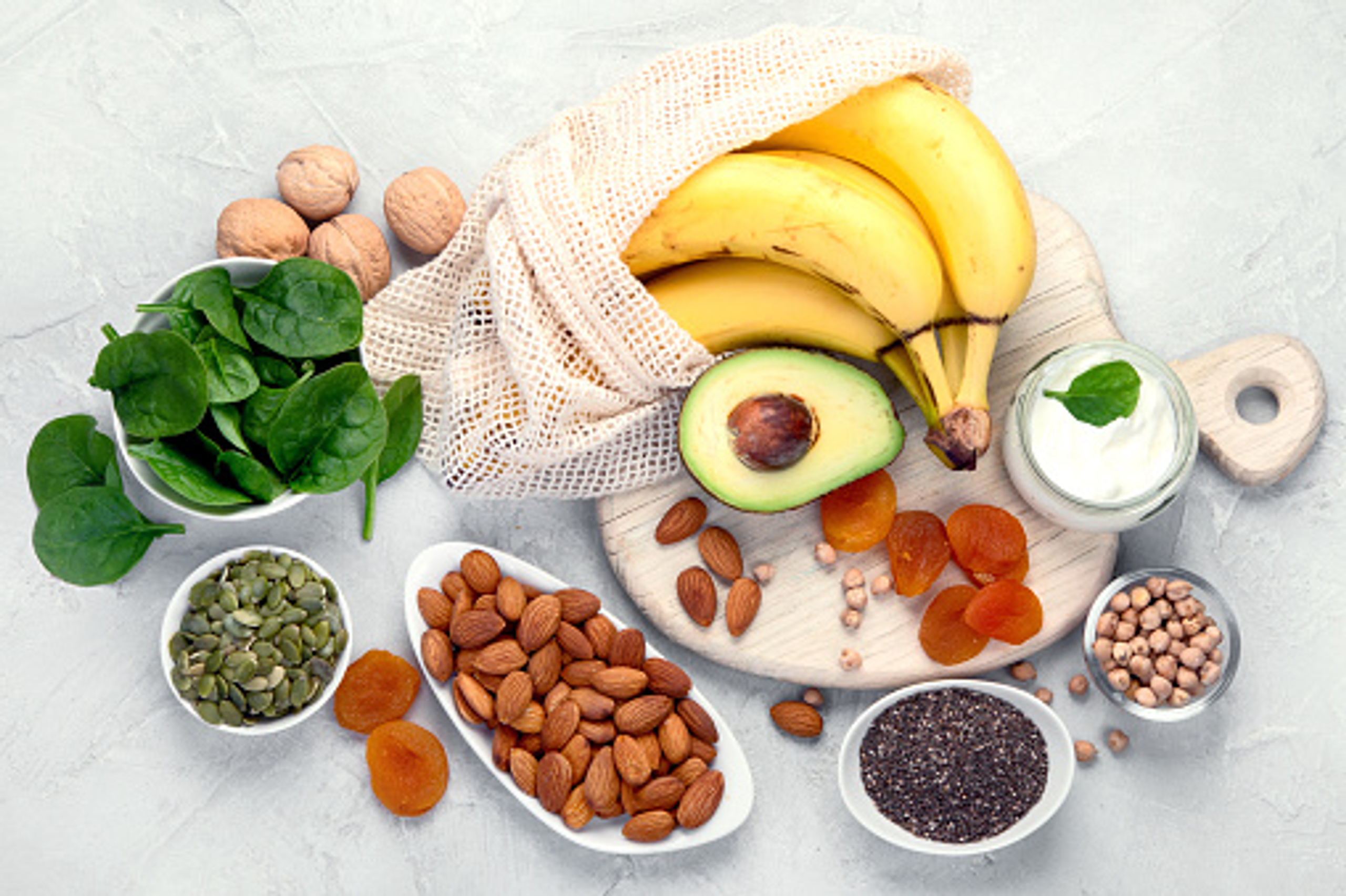 Iron, calcium, and phosphorous have been shown to decrease the absorption of manganese.

Manganese deficiency is rare, with most people getting adequate amounts through the food they eat everyday. A manganese supplement is usually recommended after blood tests have shown low levels of it.

The antioxidant enzyme superoxide dismutase is activated by manganese and helps fight oxidation in the body, one of the main health benefits of manganese.