The LCT Gene and Calcium Needs

The LCT Gene and Calcium Needs

There are 52 genes that are currently known to impact nutrient needs. The LCT gene is one of them. Here is what you need to know:

What is the LCT Gene?

The LCT gene impacts how people react to lactose, a component of dairy products. The gene has been linked to adult lactose deficiency, commonly known as “lactose intolerance.”

How Does the LCT Gene Impact Calcium Intake?

What Does the LCT Gene Tell Us About Calcium?

A simple at home DNA test enables you to learn if you are part of the 16% of the population that has a genetic variation which creates reduced calcium intake from nutrition.

If you are one of these 16% of people, you may benefit from taking additional calcium supplements to counteract the effect of your genetics.

The Science Behind LCT’s Interaction with Calcium

There are three genotypes for the LCT gene T/T, T/C, and C/C. About 84% of the population have a T/T or T/C genotype, which leads to normal calcium intake from nutrition.

Approximately 16% of the population has the genotype C/C, which is considered a genetic variation and likely means reduced calcium intake from nutrition.

The table below outlines six independent, peer reviewed studies that each confirm that a genetic variation in the LCT gene leads to reduced intake of calcium. 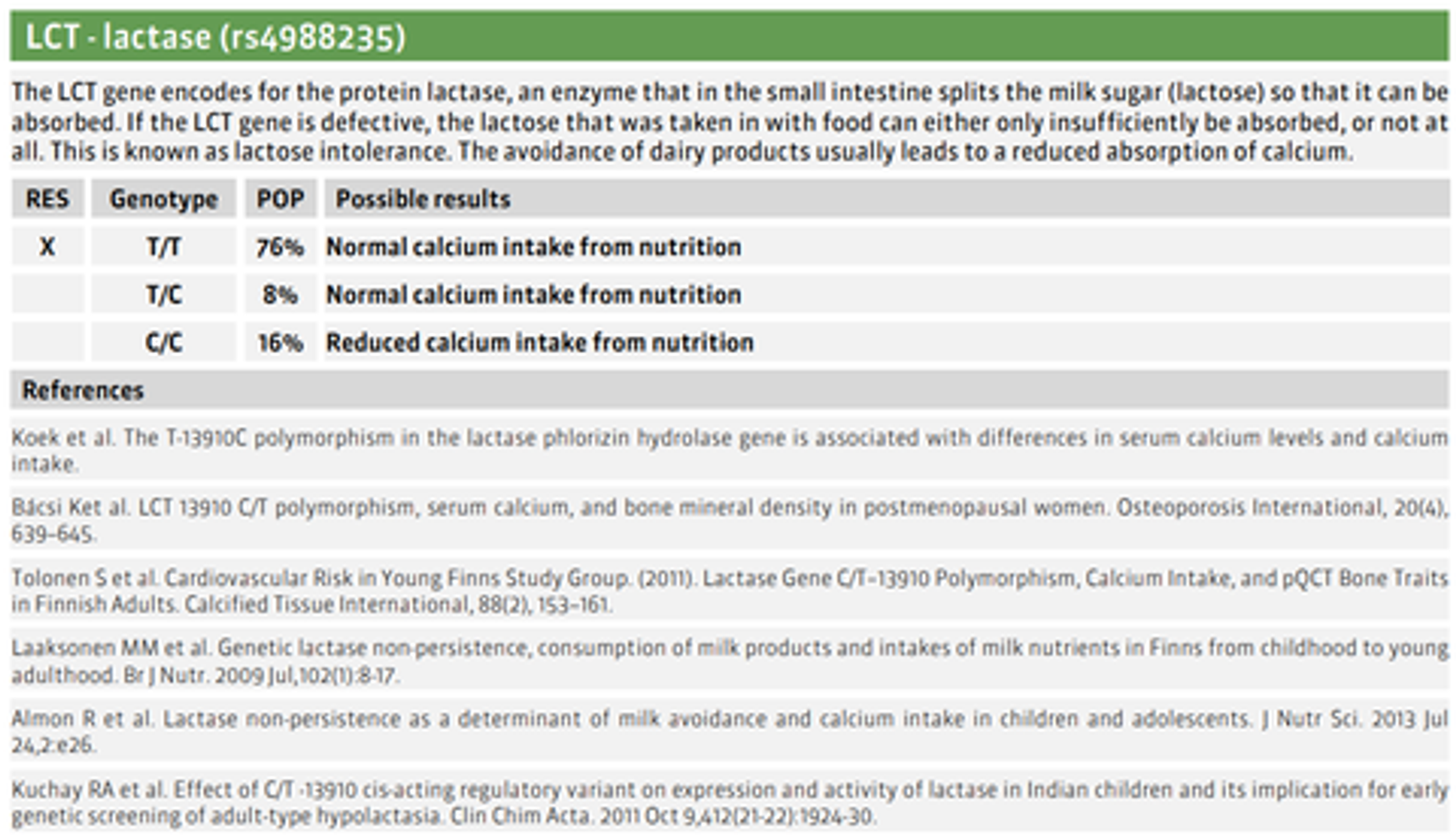 Why Is Getting Enough Calcium Important?

Calcium is the most abundant mineral in the body and present in the bone mass. It is critical for maintaining strong and healthy bones.

Calcium also plays a number of other roles in the body including being involved in energy metabolism, muscle function, and digestion and assisting in detoxification.

Ways to Counteract the Effect of Your LCT Gene Variation.

Since the human body cannot produce calcium on its own, we need to obtain it from diet. For individuals with the C/C LCT gene variation, adding calcium from other sources could be beneficial.

One option is to take a daily vitamin with a custom dose of calcium based specifically on your individual needs.